Design is a state of mind

Walk With Me – Assessment 3

For each of the 2 techniques (user observation, think a loud) :

1) What kinds of information and insights did it give you about the usability of the prototype?
Observation was a very interesting technique to use as it gave an insight into how their mood changed with the experience. For the task that I was observing, it was the most challenging of the three tasks as the user was unable to complete it. Verbally I was quite clearly able to tell the challenges and the areas of struggle in the prototype, the use of questioning oneself displayed the areas where the prototype was not intuitive as it should have been. Physical movements such as leaning in or lowering the eyebrows were a clear sign of a struggle to find the solution.

2) What aspects of the technique worked well or were frustrating?

This technique was useful, however it does need to be used with caution and a good awareness of the context. The traditional signs of frustration such as furrowed brow, frowning or grimacing were very clear, however I observed that expressions like laughter or smiling were also signs of frustration or the inability to complete a task. I think if the task had been observed without anyone around them at the time, their reactions may have been more authentic.
Think Allowed

1) What kinds of information and insights did it give you about the usability of the prototype?
This technique created a very literal insight into how the user interacted with the website. The website was not too challenging for the user to navigate, so if it had not been talked through, a lot of the minor flaws could have been missed. Having the user talk through each step provided there opinion on each interface and allowed a comparison of what they saw to what they expected to see.
2) What aspects of the technique worked well or were frustrating?

As an observer I found this incredibly useful, as it very literally explained the user experience. The challenge is knowing if the user is acting differently under pressure. In my personal experience as a user I found it more challenging to focus than if I had been working independently and therefore I struggled more to perform a task which otherwise would have been relatively straight forward.

1) Choose one of the objects you selected and describe how your initial understanding of its affordances changed over the course of the exercise?

One of the objects I selected was dental floss. On initial observation of the object its affordances were straightforward, the lid flicks opens and the dental floss can be pulled out. Across the course of the exercise it was the false affordances that became most apparent for this object. It appeared the dental floss had aimed to look higher quality by adding translucent side panels. As a user these could be confusing, considering they had no function despite appearing that they would. This allowed me to understand that creating a specific visual aesthetic should not take away from the usability.

2) Given that affordances is a relational property between a person and an object, how did the manipulation of the object and the person’s abilities inform your understanding of the concept? Did it give you inspiration or insight for how to work with affordances as a designer? Discuss this through the specific objects you explored in the exercise.

I found this an interesting exercise as gave an insight into the importance of functional design over purely aesthetical design. I manipulated my object of a dental floss dispenser by having it spray water on the opening of the lid, to wake the user up. Having to consider affordances definitely inspired me to question my process of designing such as “would the user be expecting this?”, “How would this change the users way of using the product?”. As the affordance worked simultaneously with opening the lid, the affordances were already partially designed, however further consideration had to go into emphasizing the larger than expected impact of opening the lid.

1)How did physically acting out help to explore ideas?

Physically acting out ideas added the element of ‘play’ to problem solving. It encouraged more eccentric ideas as you’re bouncing ideas off each other. The physical actions created the ability to engage in how the consumer would feel in the situation. Unlike previous exercises where we created the story of the consumer, this allowed us to become the consumer and therefore it allowed the understanding of the emotions, frustrations and motives of them.

2) Did you refine your ideas and solutions to the problem through bodystorming? In what way?

Essentially, bodystorming was not a good tool for refining solutions. The benefit of bodystorming was that it brought a very ‘child-like’ playfulness to the situation, and was great in the initial stage of thinking of the potential problems and solution. The disadvantage was that it lacked the ability to produce practical well thought out ideas. In acting out the ideas all the obvious faults were ruled out but it did not really push more innovative, interesting ideas.

3) What was difficult or challenging about bodystorming?

One of the challenges with bodystorming is having the balance of playfulness and feasibility. For bodystorming to work well, it either needs to be used alongside other methods or continuously be cycled through a loop of identifying the problem, thinking of a solution, and then identifying the issues with the solution. Potentially if there was a person on the outside who continuously question the feasibility of the ideas this might have worked better. The other issue is that it is essentially a group brainstorming exercise. The issue with group brainstorming is that it is easy to move onto a tangent instead of relating back to the main idea. Our problem was sleeping on an airplane. When discussing this with the class, most groups came up with a cacoon-like solution and then developed into tangent off that. Bringing it back to the original issue is often a challenge in this type of exercise.

4) Does bodystorming lend itself to certain types of problems? 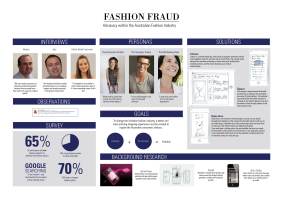 How did taking the position of an Extreme User influence your thinking in relation to the design challenge? Was it different to how you usually generate ideas and empathy?

Taking on the role of the extreme user influenced my thinking positively, as the stereotypical character created a solid foundation of motives and needs, therefore the problem that needed to be solved was very clear. Generally, I generate ideas by forming a solid problem statement and then brainstorming possible solution. Initially, I thought having a character would limit the possibilities of the final solution as you are limited to what would suit the character. Surprisingly, having a stereotypical character actually helped the creative process as it responded to a person not just a statement, therefore I came up with more lateral answers that I never would have thought of if I had just been responding to a statement.

2) Did any of the other design thinking techniques(design provocation cards , stories , storyboards ,etc. ) help you to work through ideas and collaborate with your group members?

The stereotype I developed was based around the money spinner. My character was a 34 year old career orientated woman who lived by herself. The importance of an immaculate appearance and the lack of spare time that the character had, inspired the final result, which was the maniCURE. A telephone booth which instantly fixed chipped nails.